Our website is in the midst of a revamp to serve you better. Some pages may not be fully functional. 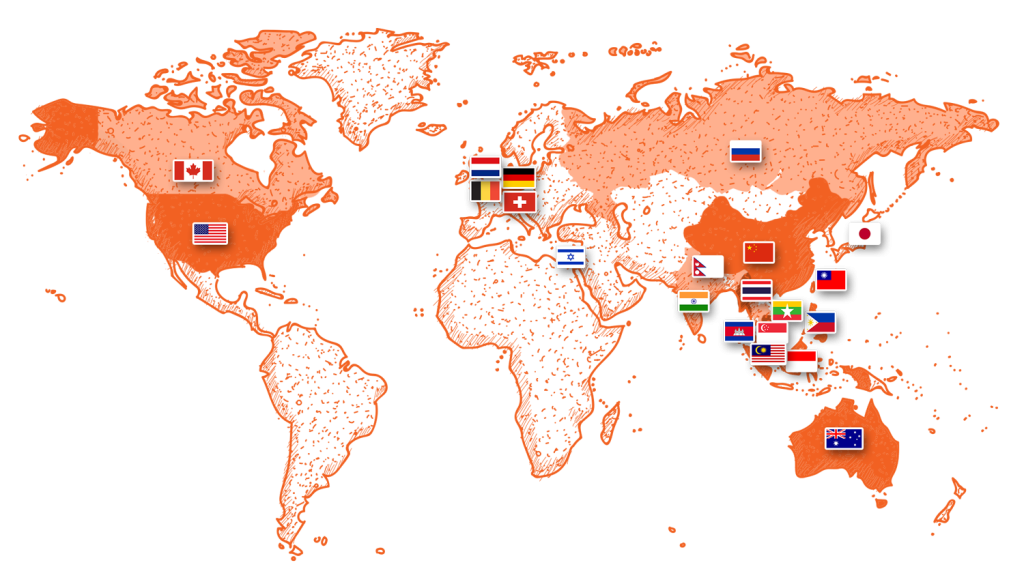 We have also ministered in countries including Australia, Cambodia, Canada, Germany, Israel, Switzerland, Taiwan and the United States.

Where some of our work are:

China, which is our first mission field, continues to experience phenomenal growth and revival with our network of several thousand co-workers. Many who have been trained in our Bible schools in multiple provinces continue to raise up and empower new generations of trainers and leaders. These efforts are fuelling the on-going revival movement that we are witnessing in China today.

Since early 2000, FrontierWorks has set up Bible schools as well as conduct training in schools such as the Vineyard Institute in Jakarta. We also regularly conduct Rediscovering the Gospel in seminars, church services and over radio broadcasts. Over the years, our work in Indonesia has extended from Jakarta to other provinces and cities including Batam, Bali, Surabaya, Banyuwangi, Medan and Probolinggo.

Rediscovering the Gospel and teachings on the emergent Kingdom of God are now brought beyond traditional church settings into the marketplace in Manila, Legaspi, Camarines Sur and Laguna. We are forging Kingdom partnerships to perpetuate the glorious Gospel in the country.

Rediscovering the Gospel conferences and teachings on the emergent Kingdom of God have been brought to many parts of India including Asssam, Shilong, Chennai, Visakhapatnam, Odisha, Annavaram and Bengaluru.

Over the years, Rediscovering the Gospel has equipped many shepherds and church leaders in Thailand, Myanmar and Cambodia. Since 2013, it has empowered pastors and leaders in various parts of Vietnam, including Ho Chi Minh, Hanoi, Haiphong, Da Lat and Dak Lak.

In July 2017, TWR Asia began broadcast of an 38-episode evangelistic Radio Gospel Program based on Rediscovering the Gospel over FM in Kumamoto and Kagoshima. These prefectures in Kyushu, Japan have a combined population of about 1.6 million people. Since then, the Program has been aired in 14 other cities in Japan. We hope to translate the online RTG into Japanese to empower and equip shepherds across the nation.

Since February 2018, TWR Asia begun airing a 52-episode Radio Gospel Program based on Rediscovering the Gospel over FM in various parts of Nepal. We hope that the Program will be extended to other parts of Nepal as well as the rest of South Asia, to bring the Gospel of Jesus Christ to a potential population of about 1.7 billion.

In partnership with TWR Asia, a year-long  Radio Gospel Program based on Rediscovering the Gospel begun shortwave transmission to North Korea in April 2019.